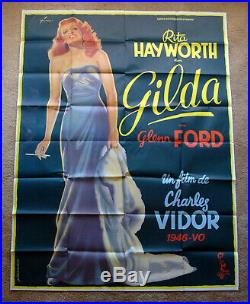 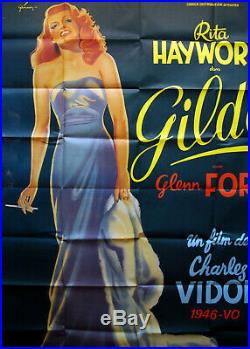 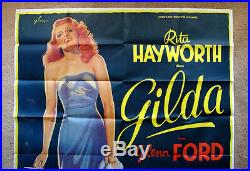 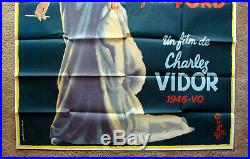 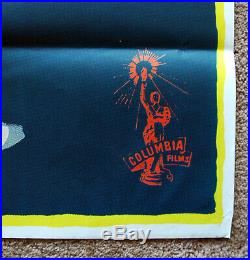 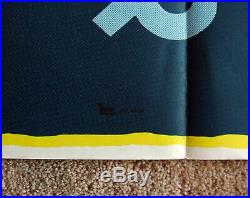 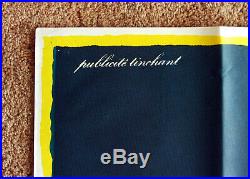 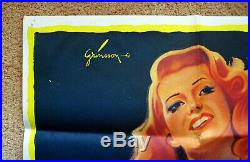 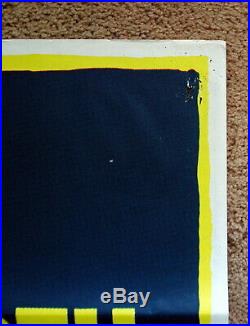 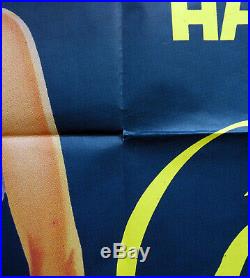 This is a Vintage Original. French R-1972 Movie Poster – starring Rita Hayworth – It is not a reprint or reproduction. The poster measures 47″ x 63″. This poster is in great condition. Colors are as bright and crisp as the day it was printed. Corners and edges are generally sharp. Poster has fold wear with some small tears in some of the fold creases. Also, pin holes in corners , as shown.’Publicite Tinchart’ IPAC 037-99-33. This is a fabulous, colorful poster with one of the most iconic images in Film History. Some of the best film art you can find! Gilda is a 1946 American film noir directed by Charles Vidor and starring Rita Hayworth in her signature role and Glenn Ford as a young thug. The film is known for cinematographer Rudolph Maté’s lush photography, costume designer Jean Louis’s wardrobe for Hayworth (particularly for the dance numbers), and choreographer Jack Cole’s staging of “Put the Blame on Mame” and “Amado Mio”, sung by Anita Ellis. In 2013, the film was selected for preservation in the United States National Film Registry by the Library of Congress as being culturally, historically or aesthetically significant. About the Artist: Boris Grinsson (1907, Pskov, Russia 1999) was an artist famous for drawing the designs for over 2000 French film posters. Fleeing Russia after the Bolshevik take over, Grinsson’s family settled in Estonia with Boris studying art in Tartu. Moving to Berlin to use his skills, he found work at the UFA Studio designing film posters. His drawing of an anti-Hitler election poster in 1932 led him to flee Germany to Paris after Hitler took power. He provided art for hundreds of posters for American, Italian, and French films. His work, which is the subject of a richly illustrated book, spans the 20s through the 70s. Grinsson was one of the few and one of the best, even if his likenesses were a little off something akin to a dubbed movie. He signed most of his posters, so these were not anonymous studio or agency generics. And yet historically, they have such a quotidian quality, his posters (based on photographs) seem like the common movie variety. The item “Vintage Original 1972 GILDA RITA HAYWORTH Movie Poster Film Art 1sh Noir” is in sale since Saturday, July 11, 2020. This item is in the category “Entertainment Memorabilia\Movie Memorabilia\Posters\Originals-International\1970-79″. The seller is “fscozzari” and is located in Nipomo, California. This item can be shipped worldwide.