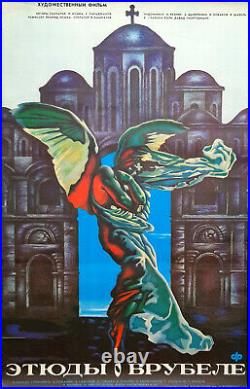 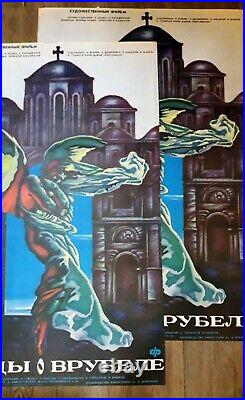 The film focuses on the Kyiv period of Vrubel’s creative biography. This period is considered very important. Since for the first time the artist was able to bring a monumental plan to life. He made a huge amount of work: he made an independent painting in the Church of St. Created icons for it. Figure drawings for the restoration work. Who organized the painting of the St. Planned to involve Mikhail Vrubel in it. Later the artist’s independent works for this temple were rejected. As their style would violate the integrity of the entire artistic ensemble. The film has another significant flaw. It was shot after the beginning of the disorganization period in the Soviet cinema. There was no government commission for this film. And the additional funding was very difficult to raise in those days. Although the director tried to save the situation – he even gave an interview on local television to collect private donations. The lack of funds affected both the exterior shooting and the ability to recreate all the details of a bygone era. Vrubel’s real works are not shown in the film. But magnificent watercolour copies were made for the picture. And they might have made a strong impression on the screen. But the film quality left much to be desired in the late 1980s. As a result. The film makes an ambiguous impression. It could have become a large-scale canvas. IN: 20×32 – CM: 52×82. This item is in the category “Art\Art Posters”. The seller is “soviet.posters” and is located in this country: UA. This item can be shipped worldwide.